Amenorrhea is the medical term used for late period or delayed menstrual cycle. Although delayed period have become pretty common among women today due to their hectic and strenuous lifestyle, it must not be avoided. Delayed periods can lead to many health disorders.

Hence, if you have been diagnosed with amenorrhea, you can consult with an herbalist regarding using some of these below mentioned herbs. While mild herbs like sage and ginger can be used sparingly at one’s own discretion, the other herbs should be strictly used as per an herbalist’s prescription.

Blue cohosh is thought to be one of the best herbs for late or interrupted periods. When combined with black cohosh, this emmenagogue herb can even treat this problem, including all sorts of menstrual problems permanently. The phytochemical calulopsponin present in blue cohosh is primarily responsible for its emmenagogue properties, and helps to bring about menstruation by stimulating the uterus and pushing forward the blood to the pelvic region.

The best thing about blue cohosh is that unlike other emmenagogue herbs, it doesn’t lead to any complications even when used during pregnancy. To top that, blue cohosh also has the potential to combat menstrual cramps and pain. This herb is known to work best when used in herbal tea. The dried root can be brewed in hot water to prepare a soothing tea for dealing with menstruation problems. Other than that, it can also be consumed in the form of tinctures or capsules.

There is simply no doubt with the fact that ginger is a versatile herbal remedy, given that the array of medicinal properties this herb has. Ginger is mostly used for mild menstruation problems like mild amenorrhea or late menses and its ease of availability makes it one of the best remedies for the problem.

Although ginger is not an emmenagogue, it can certainly help in bringing about menstruation flow by relaxing the muscles around the uterus and the pelvic region. Pairing ginger with other emmenagogue herbs helps to combat heightened menstrual pain as well. Ginger herbal tea acts as a tonic and a pain reliever during heavy menstruation. However, be sure to avoid ginger in pregnancy to avoid abortion.

Clary sage is yet another mild herbal remedy for bringing about menstruation. Clary sage being an emmenagogue works on the same principle of forcing the menstrual blood through the uterus to the pelvis.

Other than normalizing the frequency of menstruation, clary sage can also deal with all other sorts of menstruation problems, thanks to it being a uterine tonic. The sedative properties of sage on the other hand, help to relive menstruation cramps as well.

Tansy is a small bushy plant, which was growing in and around garden to keep away pests and flies. However, clinical studies have shown that tansy has strong emmenagogue properties, which has made it one of the most powerful and most recommended herbal remedies for serious and prolonged period delays.

Vitamin C present in tansy is the primary ingredient that has lent the plant its emmenagogue property. Since tansy is a strong herb, it should be used only by consulting an herbalist.

Mugwort, popularly known as St. John’s Plant is a mediocrely strong emmenagogue herb. It is often used as a uterus tonic to regularize menstruation. Stress, which can be one of the primary reasons for delayed periods, is also combated by mugwort.

Its nervine medicinal properties help to calm the nerves and beat the stress and anxiety. To top that, being a sedative, it also aids in minimizing tremendous menstrual cramps and pain. 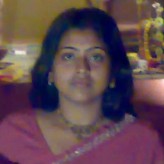