Nasal congestion is an annoying problem and causes discomfort. If you have blocked nose, you should not blow the nose. If you blow the nose very hard, the nose becomes more blocked and congested due to the inflammation of the nostril membranes that are very delicate. You should take a deep breath and exhale the air.

You should drink lot of fluids to expel the mucus from the nose. Proper hydration helps in soothing nasal passages. It does not allow the sinus passages to become blocked. It is important to clean the hands after you cough and sneeze and before you eat food. Use a hand sanitizer. People who have congested nose should take rest. You must try home remedies for curing the congested nose. Some of the best home remedies for nasal congestion are as follows.

You can use saline nasal spray. It will cure the inflammation and expel the mucus and bacteria from the nose. You can buy ready made saline sprays. You can also make the saline spray at home by adding one fourth teaspoon salt with half-cup water. The water should be warm.

Bend over the sink with the nose tip towards the sink so that the water comes out of the nose and goes into the sink easily. Then, you should put the saline spray into the nostril and let it drain out completely. Repeat with the other nostril. You must do this remedy 2-3 times daily.

Steam inhalation is a very effective remedy for nasal congestion. The steam cures inflammation and you will feel it easy to breathe after taking steam. You can take steam by taking shower with hot water. Another method of taking steam is to fill a vessel with boiling water.

Bend over the vessel and inhale the steam. Be careful and do not go too near the vessel or you can be burned by the steam. You can also take steam by using a humidifier or vaporizer. You should clean the humidifier and disinfect it frequently.

You must use chest rubs to open the congested nose. These rubs contain menthol and cure nose congestion. Some of the best brands of the chest rubs are Vicks and IcyHot. You should apply the chest rubs on chest and throat before sleeping at night. You can also add the rub on tissue and inhale it.

If you want to cure nasal congestion, you should apply warm compress on the nose. Dip a cloth in hot water. Squeeze the water and press the nose with the cloth, leaving the nostrils open. You can wet the cloth again in hot water when the cloth becomes cold and its heat reduces. You can do this remedy at anytime while relaxing and watching TV.

If you have blocked and congested nose, you should take tomato soup, which you can make by boiling tomatoes in water for ten minutes. Add butter, black pepper powder and garlic paste to this. Consume this soup three times daily.

People who have blocked and congested nose should take apple cider vinegar as it contains potassium, which reduces the production of mucus. The acetic acid of the vinegar prevents growth of bacteria responsible for blocked nose. You can take the apple cider vinegar at night before sleeping.

Peppermint oil is a very good remedy for nasal congestion. You must put two drops peppermint oil below the nose and inhale it. You can keep a bottle of peppermint oil in the office and sniff it frequently. You can also put the oil in the hot water with which you have bath or shower. You can do this remedy with eucalyptus oil also.

You should eat spicy food as it opens the congested sinuses. Spicy food give out heat that helps in curing blocked nose. Take chicken soup mixed with little black pepper powder. You can eat spicy Mexican and Chinese dishes that contain hot pepper. You can also eat Indian dishes. You must add cayenne pepper to the food you eat.

You can inhale the fumes of black pepper powder that has been heated in a pan. People who have blocked and congested nose should tie the Bishop’s weed (ajwain) or carom seeds in a cloth. Heat the cloth in a vessel. Bring the cloth near the nose for inhaling. You must sniff this cloth. The aroma of the carom seeds helps in opening the blocked nose. Do this remedy three times daily. You can also add carom seeds and camphor to boiling water and inhale the steam for five to ten minutes. Take the steam two times daily

Oregano oil is a very good remedy for sinus congestion. Mix two drops of the oil in juice and drink it. You will see improvement in three to five days. Inhalation of tea tree oil also helps in opening the blocked nose. Add three drops of the oil in one-cup boiling water. Inhale its vapors for minimum five minutes.

You must drink basil tea as it helps in clearing the sinuses. Drinking green tea and ginger tea helps in curing blocked and congested nose. You can mix coconut milk and honey to the ginger tea. It releases the phlegm and makes the immune system strong. The ginger tea opens the blocked nose. Ginger has antibiotic properties, which helps in curing infections.

You can also inhale the steam that arises from the ginger tea. It will clear the congested nose and you will feel it easy to breathe. You can drink chamomile tea for curing blocked nose. Chamomile tea kills bacteria and virus responsible for nasal congestion. It expels the mucus and cures inflammation.

People who have blocked and congested nose should smell the aroma of crushed onion. The pungent aroma helps in loosening the mucus. This is a very good remedy for nasal congestion. 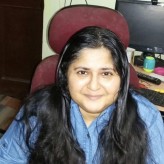