Fibromyalgia is a dangerous health disorder characterized by musculoskeletal pain in various parts of the body and is often accompanied by fatigue, sleeplessness, depression and tenderness in localized areas.

There are many herbal treatments to relieve this pain and treat all related symptoms effectively. Mentioned below are the best herbal remedies for Fibromyalgia.

People suffering from Fibromyalgia tend to have lower levels of serotonin, a chemical in the body lack of which leads to depression. Study proved that St. John’s Wort can help raise the serotonin levels in your body, thereby relieving the stress, anxiety and depression symptoms that people with Fibromyalgia often experience.

The herb relieves your depression by inhibiting the neurotransmitters that influence your mood and also promotes restful sleep, which in turn reduces the pain symptoms. It is a good herb to lift your mood.

Generally, 900 to 1,800 mg of St. John’s wort extract having 0.3% hypericin is given to Fibromyalgia patients daily. Sometimes, it is also used in combination with other medicines like 5-HTP and magnesium for effectiveness.

Muscle and joint pain is a severe problem in Fibromyalgia that doctors often treat with combination of many analgesics. Instead of so many drugs, it is better to treat it naturally with effective herbs like Cayenne.

Cayenne contains a compound called Capsaicin, which prevents the neurotransmitters sending pain signals to the brain. Cayenne is most effective when applied topically, by rubbing the cream over affected areas of your body.

Also, essential oils like Eucalyptus, Lavender, Chamomile, Peppermint, Myrrh, Basil, etc are often used in aromatherapy to reduce the stress associated with Fibromyalgia and treat the muscle and joint pain.

Capsaicin cream is a common herbal treatment for Fibromyalgia. The cream comes as a topical lotion containing an alkaloid that is generally derived from the extract of either chili peppers or cayenne.

When the cream is applied to the skin, it acts at the point of nerve endings, preventing the release of neurotransmitters that signal pain to the brain. This topical cream reduces the symptoms of Fibromyalgia gradually, but regular use is necessary to be effective.

So, you need to apply Capsaicin cream daily for best results. The topical cream can sometimes cause a burning sensation when applied to the skin because of its active ingredient, hot peppers, but in fact it reduces inflammation. Capsaicin is also available as spray and dermal skin patch.

Polyphenolic pigments, also called Curcuminoids are the active ingredients of Turmeric that are responsible for its therapeutic and anti-inflammatory properties.

Turmeric is available in the form of powder and extract. Generally, 300 milligrams of Turmeric is administered to patients suffering from Fibromyalgia, three times a day.

Cat’s claw is another effective herb to treat various symptoms of Fibromyalgia, including inflammation. It contains a unique combination of phytochemicals – alkaloids, polyphenols and proanthocyanidins, triterpines, glycosides and phytosterols which contribute to anti-inflammatory, anti-microbial, anti-tumor, anti-allergic, anti-ulcer, anti-oxidant, immune augmenting and adaptogen properties of Cat’s Claw.

This wonder herb helps in fighting infection and also boosts your immunity to handle stress and strain of modern life. Cat’s claw is available in the form of tablets, capsules, powdered extract, liquid and tea. Generally, 20 milligrams of the herb is administered to Fibromyalgia patients, three times a day.

Sleeplessness is a serious symptom of Fibromyalgia that leads to several other complications. Valerian root is the best herbal remedy to make those sleepless nights a thing of the past.

Valerian is very helpful in restoring healthy sleep patterns and also reduces anxiety and nervous restlessness. It is a safe and proven herbal remedy that has been used medicinally since ancient Roman and Greek times.

Suggested dosage for sleeplessness is 400 to 600 mg of valerian extract one hour before bed. For treating anxiety, 0.5 to 2 g of the dried herb is given daily.

Fibromyalgia is often associated with a weak immune system, which makes you prone to further complications. Green tea has small amounts of caffeine and L-theanine that act as powerful antioxidants to boost your immune system and reduce some of the discomfort related to Fibromyalgia.

You can make Green tea by simply steeping the fresh leaves in hot water. About 10 cups of green tea everyday will be helpful. You can also take it in the form of green tea extract that is available in the market. 250 to 500 milligrams of it would be a suitable dose per day.

Rhodiola, commonly known as Golden Root, has antioxidant properties to boost your immune system. It soothes your stress, depression and gives you more energy and a sense of well being. It is a herb to improve the physical and mental performance of a person suffering from Fibromyalgia.

Rhodiola is available as capsules and tablets, the root can also be obtained from herbal specialists. Generally, 100 to 600 milligrams of Rhodiola is prescribed every day for treating Fibromyalgia.

The Devil’s claw herb has painkilling and anti-inflammatory properties which are very useful for the treatment of Fibromyalgia. Studies have shown that it improves the joint, cartilage and back side health of the body.

It also improves your digestion, thereby helping your body absorb nutrients better. It improves the over all health. Devil’s claw is generally administered as a tincture with a dose of 1 to 2 ml, three times a day.

Ginko is the best-selling herbal medicine that treats the multitude of symptoms associated with Fibromyalgia. It works by bringing more oxygen to your muscle cells when they are prone to stress.

It is a powerful antioxidant containing compounds called Ginkgolides that inhibit the growth of body chemicals that are involved in inflammatory disorders.

Ginko biloba extract is available in the form of tablet, capsule, tea and occasionally found in topical skin products. The dosage depends on the condition and symptoms of the patient. So, it is better to consult a doctor or a herbalist while using this herb.

For successful treatment of Fibromyalgia, it is also important to make certain changes in your lifestyle, like eating a healthy diet, drinking plenty of fluids, exercising regularly, avoiding caffeine and maintaining regular sleep hour. 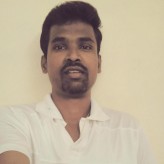 I write to educate and inspire people.