Atelectasis is the partial collapse of the lungs. Some of the main causes of this lung disease are blockages, inflammations or infections in the lungs or injury and accumulation of fluid in the lungs.  Sometimes, atelectasis also results from surgery. While medical treatment is necessary for this condition, some natural cures can also help to alleviate the discomforts associated with atelectasis.

Herbs which can be used to treat atelectasis include Osha, Colts Foot, Lobelia, Boswellia, Elecampene, Mullein, Ginger, Eucalyptus, Rosemary and Lavender. There are several home remedies and exercises you can also do to restore your lungs to a healthy state. This article covers some of the top natural cures for atelectasis. Do consult a doctor before opting for any of these natural cures.

You can inhale, hold your breath for a few counts and then exhale in order to expand your lung capacity and restore your lungs back to their normal, healthy state. Doctors recommend using incentive spirometer which require you to use the power of your breath to move the indicator on the spirometer. This device measures the amount of air that you breathe in and take out.

You can also use your posture to improve the condition of your lungs. Just tilt your body sideways on the unaffected side to allow your lungs to re-inflate. You can also try sitting very straight so that circulation improves and the mucous in your chest becomes loose.

Mucous drainage also occurs if you move your head downwards below your lungs. Increasing pressure in your airways enables the accumulated fluid in the lungs to clear off and this leads to relief from this lung disease. Therefore, you should try lying face down on a soft surface so that the chest is compressed and the fluid is eased from the lungs.

Cilia are critical for carrying phlegm out of the lungs and airways. Damage to the cilia will result in adverse effects such as atelectasis. Therefore, avoiding cigarettes is one of the best steps that you can take in order to ward off the disease as well as its symptoms.

Stay well hydrated as this is very important for curing atelectasis. Drinking at least 8 glasses of water in a day is imperative. Water helps to thin the mucous. This aids in causing the lung secretions to become more watery and be released easily from the lungs rather than accumulating in the lungs. Other important sources of fluids are soups, juices and broths.

They are very useful in ensuring that the mucous does not become thick and prevents excess fluid accumulation in the lungs. The heat of the soups and broths also helps to soothe the passageways and destroy any infection which may be causing atelectasis. It is important to be hydrated in order to avoid the complications of this disease and speed up your recovery time.

Eating the right kind of foods can also speed up the recovery process for those suffering from atelectasis. Citrus fruits such as grapes, oranges and grapefruits are rich in antioxidant vitamins such as ascorbic acid or vitamin C which raise the immunity of the body and ward off respiratory infections. They also help in removing phlegm from the lungs and airways.

Mucous cleansing can also be done using certain other fruits and vegetables including apricots, peaches, plums and green vegetables. Fish and seafood are high in protein and Omega 3 essential fatty acids. Omega 3 essential fatty acids are anti-inflammatory in nature so lung inflammations can be reduced by including seafood in your diet. It also cleanses out the mucous from the system. A person suffering from lung conditions should avoid milk and dairy products with the exception of yoghurt.

This herb is very effective in warding off the symptoms of atelectasis. Verbascum Thapsus  is the botanical name of this herb. It is also called Wild Ice Leaf, Our Lady’s Flannel, Quaker’s Rouge and Candelaria. Mullein is native to North America and grows wild in the North Georgia mountains. The leaves and flowers of this herb are used to treat a variety of disorders. Tinctures, syrups and teas made from this herb help to thin out and release the mucous in the lungs.

This herb is also antibacterial which makes it very efficacious for warding off atelectasis caused due to infections. This herb is also an excellent natural expectorant which gives it the ability to ease the mucous fluid accumulated in the lungs. It can be combined with other herbs such as Mulberry Bark, Cow Slip Root, Thyme, Horehound and Lobelia as well for curing collapsed lungs.  Tea can be made from the dried and crumbled flowers and leaves of this herb and consumed regularly to combat atelectasis.

Known botanically as Lavandula Augustifolia, Lavender is a good herbal remedy for atelectasis. Lavender oil can be heated and applied on the chest for relief from mucous accumulation in the lungs. It can be combined with a few drops of Rosemary oil or Eucalyptus oil for further enhancing the curative powers of this herb and rubbed onto the chest for relief from the symptoms of this lung disease.

Lavender is antibacterial and anti-inflammatory. It is very useful for easing inflammation and infection induced atelectasis. A few drops of Lavender oil can also be added to hot water in a vaporizer and the steam emanating from it inhaled in order to prevent complications of this lung disease. 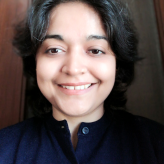